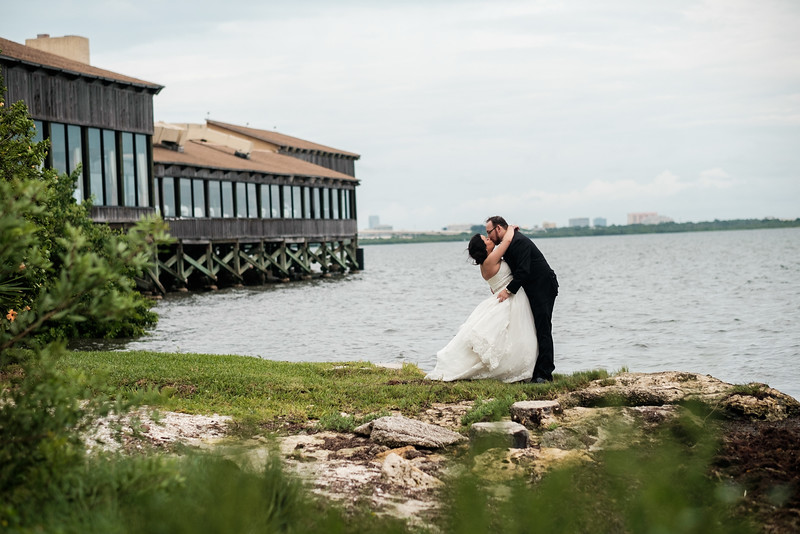 Lily was a bridesmaid in a wedding I photographed back in 2013 ( Hi Emily &  Dave!). It's always an extra bonus when I get the chance to work with people who have already seen me in action. That means they're already used to watching me not sit still , climbing around like a spider monkey and displaying amazing feats of strength - like breaking a rental car windshield (hypothetically...ahem).

Lily and Tito were married in sunny Tampa, Florida - a destination wedding that was also a bit of a homecoming as Lily is originally from Florida.  Their wedding day started off with preparations at the European contemporary Le Meridien hotel in downtown Tampa. A quick run across the street while dodging raindrops led us to the beautifully historic Sacred Heart Parish for a lovely traditional Mexican Colombian Catholic wedding ceremony. After the vows we made several stops in downtown Tampa at the University of Tampa with it's wonderful southern architecture. Then it was off to celebrate on the bay at The Rusty Pelican.

I've talked about places a lot in this feature, partly because this wedding was full of new locations for me. And these places were great. But as I've said before, it's the people that  ultimately make a wedding great. And it was an absolute honor to be amongst Lily & Tito and their family and friends all weekend and to be able to capture the moments of joy and emotion beaming from them in photos.

Thank you for having me down to (mostly) sunny Florida. Congrats Lily & Tito!